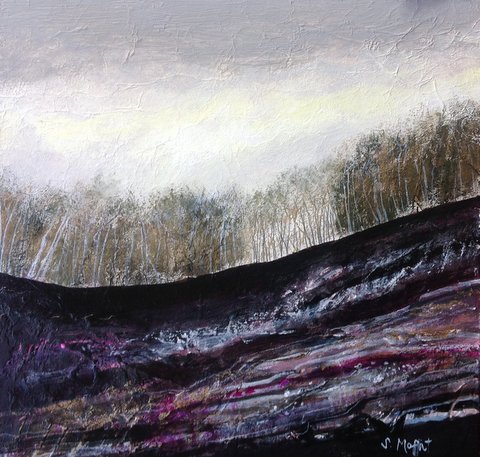 Sandra Moffat studied at Glasgow School of Art, graduating with a BA (Hons) in Embroidered and Woven Textiles in 1986. She then worked in the Interior Design Industry for many years and was employed by London companies Osborne and Little and Colefax and Fowler.

She returned to her love of painting in 2007 and began exhibiting in 2008.

Her Textile background from her student days has influenced her need for texture in her work which is apparent in her most recent paintings of trees and rocks. She also tries to create atmosphere in her work which may evoke memories in the mind of the viewer.
Sandra prepares her work by layering tissue paper and then painting on that with acrylics before rubbing oil pastels over the surface to reveal areas of texture.

She has exhibited successfully throughout Scotland, including at The Royal Glasgow Institute, Visual Art Scotland and The Paisley Art Institute. She also has work in private collections in England, Spain, South Africa, the United States, Canada and Australia.

you can see more of Sandra’s work here – www.sandramoffat.co.uk 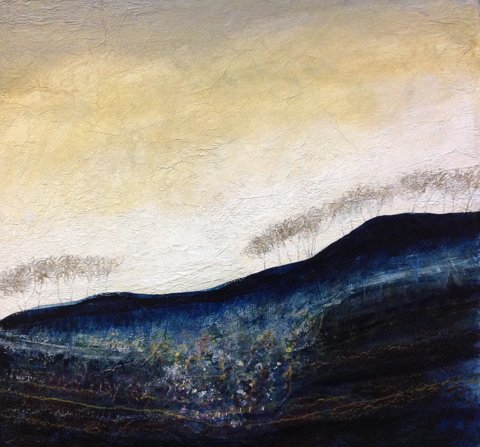